We host music clubs, sessions of varying levels, ceili dance workshops and more. Check out the calendar for upcoming events!

Update RE: COVID-19 Coronavirus
In the wake of this unprecedented global event, we are making efforts to update our events calendar as cancellations are reported. Please contact us with updates at rochestercce@gmail.com. 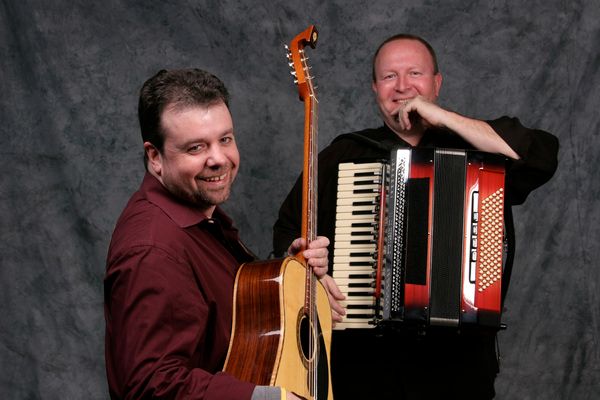 Irish music accordion virtuoso Jimmy Keane and the remarkable bouzar player and vocalist Pat Broaders, comprise bohola, Irish music's newest "supergroup" as penned by The Irish Herald. bohola play a driving, muscular, and yet very emotive style of Irish music with deep roots in the 'pure drop' tradition, infused with the raw and gritty urbanized musical vernacular of the Irish and Irish-American experience.

bohola's debut album is championed by the Irish Voice as "one of the most impressive debut recordings ever by an Irish traditional music group." The Courier News added, "Though most of the tunes bohola plays are well over 150 years old, the music comes across more vibrant than the moribund sounds  of much of today's alternative rock. Their sound comes from the Irish version of jam sessions, but bohola puts the noodling of many current jam bands (Dave Matthews, among others) to shame."

bohola's key to their sound is the interplay between the musicians and the approach they take to their music. "It is the music that counts," states Keane. "We really listen to and respond to each other when we play - bending, twisting, and caressing the music as it flows along." Keane
considers bohola fortunate to be able to perform and carry forward the traditional Irish music art form while placing their special touch to the music. "We are here to serve this great music and bring out what we feel is the best nature in the tunes and songs we play."The Irish Echo captured the essence of bohola when it reviewed their self-titled release. "The sum here is greater than the parts, and egos are subordinate to both execution and effect. bohola have crafted an album of intricate, nearly invisible latticework, relying not on gimmickry but on imagination and vision. What a welcome concept: muse-imbuing music."

Irish music accordion virtuoso Jimmy Keane was born in London of Irish-speaking parents from Connemara and Kerry. His late father Jimmy was a magnificent sean-nos (old style) singer, and along with young Jimmy's mother Mary, actively encouraged him to take up traditional Irish music.

Jimmy's accomplishments are far reaching. He has achieved astonishing and unprecedented success in competitive playing, having won five consecutive All-Ireland titles on the piano accordion. He has always been an avid collector and arranger of old tunes and is becoming increasingly known for his original compositions, many of which have become part of the mainstream of traditional Irish music around the world. He also has recorded and produced numerous albums.

Many regard Keane as the premier exponent of traditional Irish music on the piano accordion. Noted University of Limerick Professor, composer, and musician Mícheál Ó Súilleabháin praised Keane as the "savior of the piano accordion." eMusic described him as "one of the true giants of Irish traditional music of the past fifty years," and the voice of Ireland, singer-songwriter Christy Moore, described Jimmy's playing as "wild and beautiful."

Pat Broaders arrived in Chicago from Ireland in the 1990's. "Pat is a real veteran of the Irish music scene both here and abroad, playing, recording, and performing with many artists and bands over the years," said Keane. "Pat has this acute sense of music and rhythm that enables him to "lock in" his bouzar (bass bouzouki & guitar hybrid) playing to whatever I might do musically and rhythmically. The synergy that results spurs on bohola and draws in the audience. And his singing is brilliant - if I could sing, I'd love to sing like Pat."